The first meeting of Book Club 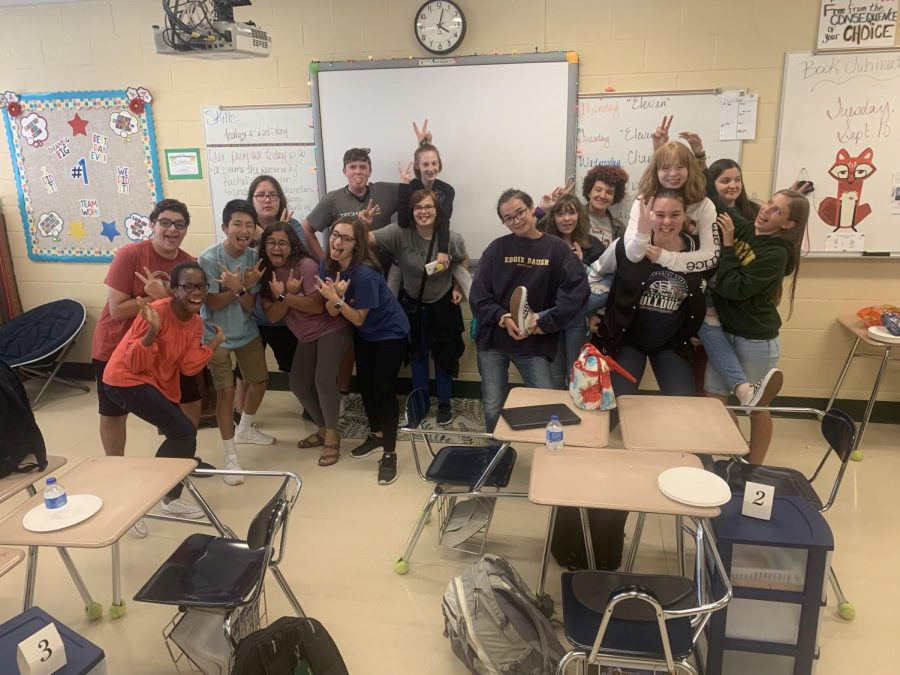 The book club has had their first meeting and it was a success. There were 20 people! Personally I was kind of surprised to see how many people were there. Most of the people who were there were ninth graders with the exception of two seventh graders. You missed out on a lot if you weren’t there. We figured out when the meetings would be. They will be every Tuesday after school every week. The snacks that Mrs. Russel brought were very good. I had a good time and I think the people I interviewed had a good time too.

The first person I interviewed was Aidan Everhart who is also a writer for the Cougar Print. He said, “It was very fun and I’m excited for next time” . He personally thinks his favorite part of the first meeting was actually going to the meeting and seeing how many people were there. He said that he feels like this club will actually be really fun.

The second person I interviewed was Nancy Folgar. “The reason I joined book club was so that I could share my emotions and feelings to people about the book I am reading” explained Nancy. (She really liked everything about the first meeting. Her favorite thing though was when she got to see a lot of people who liked to read books and got to share their emotions with each other. She is looking forward to finding other people that enjoy the same type of books as her. She loves the people that went to the first meeting and they are all really nice. She feels like Book club will the type of place where she will go to relax and forget about all her worries.