How should parents be responding to bad grades? Is taking away electronics always the right thing? Learn about opinions from not only teachers/parents, but your own peers as well. 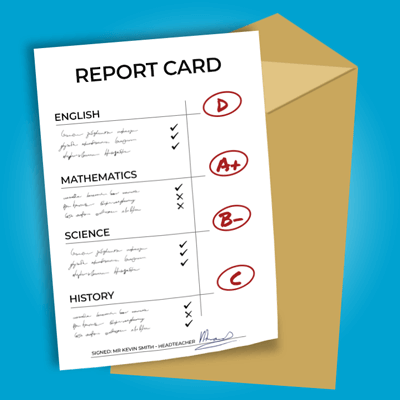 What do grades mean to you? Are they something you work hard for? Is your phone taken away if you don’t come home with an A or B? Everyone has their own view on what is a good grade and what a bad one is, and so do our parents. It seems extremely popular for parental influence to be a large part of students and their grades – but the real question is, are these parents doing the right thing?

As students progress into high school, grades seem to matter. Getting good grades guarantees so much for a student’s life that it’s insane. If you’re wanting a good job, high levels of education and good performance are needed. If you want to get into a good college, you’ll need hours of community service and As or Bs. And even with the importance of grades, it makes you wonder if parents are doing the right thing by pressuring their children to get good grades.

Parents think they’re doing what’s best for their kids, but how is pressuring and punishing students really affecting people? 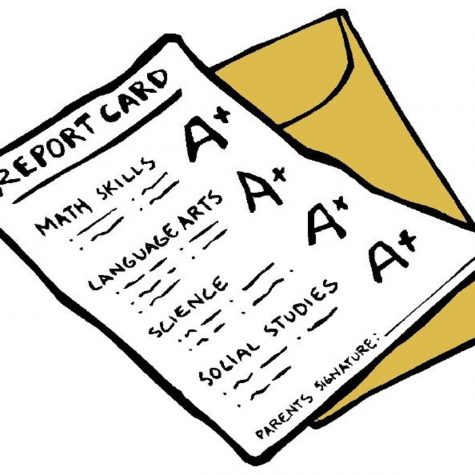 As an Educator…and a Mother

If you want to get a full perspective on such a controversial topic as parenting and grades, you need to ask the parents as well. And who better to ask than people who are not only parents but also teachers?

Pre-AP is a goal class for some and a waste of time for others. As for parents/guardians who wish for their child to succeed, Pre-AP classes in a schedule is a must. Pre-AP Social Studies teacher Mrs. Monchamp voices her opinion not only as a teacher but also as a mother. When it comes to the good or bad grades in her classroom, she often sees the differences as an act of responsibility, “…the ones who are very motivated to do well are very responsible about making sure their stuff is turned in…attention to detail and responsibility…the more you participate…the better it’ll help you.” So when it comes to teachers, it seems like what really makes a difference is the amount of responsibility, effort, and participation a student has in class.

As for Mrs. Monchamp’s opinion on electronics being taken away, she thinks that it’s only alright to take away electronics when it isn’t completely necessary. She jokingly stated, “A Playstation 4 doesn’t have anything to do with school.” Mrs. Monchamp believes that it’s best for unnecessary electronics to be taken away, but that Chromebooks should still be usable. She would rather have her children be in a public space when their grades are dropping (such as the kitchen or living room) to make sure they’re staying on task.

As for Mrs. Macy, a 7th-grade Language Arts teacher, she also has her educational view on how bad grades are handled for children. “Oftentimes they [parents] are surprised, which I find surprising because they have access to their child’s grades 24/7 online…they kind of depend on their child to tell them they’re not doing well.” I found this an interesting thing she commonly sees at parent-teacher conferences. Why would students be so reluctant to share their grades with their parents if they’re struggling? Is there a situation they’re trying to avoid? And why don’t parents check grades more often for themselves, instead of solely depending on the child to be honest?

Something else I really found interesting was Mrs. Macy’s comparison to the students with high grades and the ones with a lower grade. “They [students with good grades] tend to be more self-motivated….they are interested in learning new things – they’re curious. They feel value in school and they see that value, and they see value in improving themselves…over students who don’t tend to see that value.” Laughing after we discussed this, I find it cool that she thinks her students with a higher grade in her class tend to want to learn, instead of being forced to. I also find it entertaining that she also really seems so thankful for these students – the ones who are without a doubt willing to learn.

Even though their job is a full-time teacher, they’re also full-time parents. And as parenting is different for everyone, Mrs. Lovelady has her own opinions on how she reacted to her child’s bad grades. “I would look at it to see what we could do to fix it,” she would tell me. Unsurprisingly, this is a very common response I got from teachers…and I wonder what the response would be for regular parents. 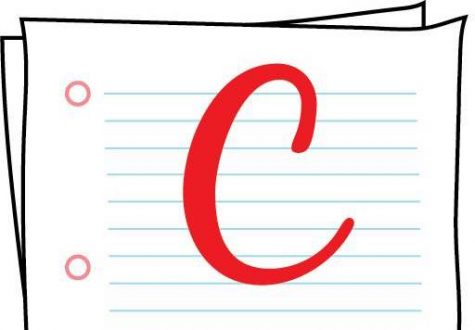 Mrs. Lovelady also stated that she believed her standard of grades affected her child. Often times, she would believe that she wants for her child to have straight A’s possibly affected her and stressed her out, but her daughter turned into a perfectionist because of it. Even with punishments, Mrs. Lovelady began laughing while telling me, “Actually, I had to take her books from her because her favorite thing to do was read.” Electronics and anything else would also be taken away due to bad grades.

I asked a set of questions to Freshmen at Chaffin Junior High. And from their responses, I’m finding that even though parents think they’re doing the right thing, they may be inflicting more damage than healing. Abbi Moore tells me about how her parents respond to bad grades, and the effect it’s had on her. “[My parents] want me to have As and Bs, and if I have a C, they just tell me to put away my things and go to work.” She also states that her parent’s standards on grades have affected her and often make her stressed, saying that she’s trying her best regardless of what the letter is. Regardless of the stress, Moore believes her parent’s standards are mostly logical – even with her father expecting all As. 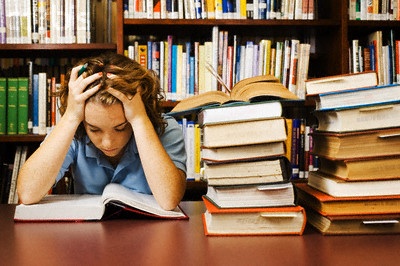 An anonymous source tells me that if they receive lower than a C, their phone is taken away. When asking how this has affected their day-to-day life, I was told, “I’ll spend hours stressing over my grades.” They also said that it was extremely mentally challenging because they were always so stressed about the possibility of their phone going away. But like Abbi, this source tells me they understand their parent’s standards and find them logical. Their parents are wanting them to get into a good college, but the amount of stress and worry that comes with their social lives being taken away makes it harder to accept this.

Then again, not everyone experiences the same parents. Kylee Dominguez tells me: “If I get a bad grade, they tell me I can do better.” She described that there’s typically no punishment involved in getting bad grades and that oftentimes she’ll believe the standards she has for grades has affected her mainly because she tries not to disappoint them. But, she does believe that her parent’s wishes for her grades make sense to her and she understands them.

So when a student has a bad grade in their class, what should they do? It can be hard for students (especially those struggling with mental disorders and an immense amount of pressure) to simply go up to a teacher and talk about their grades. And with parents, a fear of disappointment or punishments like their social life being taken.

Though students can understand that the goals their parents have for them – getting into a good college, performing to their best ability, or even just making use of their education, parents have to accept that they can be wrong. They’ll need to know and understand when a child is actually trying, and when they’re slacking off.

Out of all the students I interviewed – they all had the same response to what their parents should do. If they received a bad grade, they wanted help. They want their parents to sit down with them and try to understand where this grade went wrong instead of instantly punishing them. It adds so much pressure to the mind, and without realizing it, you may be causing a child to form mental illnesses.

If a parent is so concerned about their mental state, they need to understand that their responses towards failing may be an issue. Though it’s complicated, the world has changed. It changes daily, and I really think parents can’t always see this. School is much harder than it used to be – without a lot of work, students can’t simply buy a home after high school like before. And on top of school becoming more complicated, technology is a huge part of this generation’s lives. 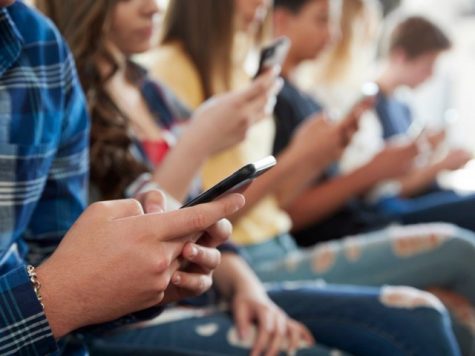 This generation is said to be one of the most technologically advanced ones so far, which means our social media is probably at one of its peaks. With all of the ridiculous standards from society, when a child is presented with pressure from their parents, their friends, and the world around them, it can be hard to maintain straight As. Everywhere around the world, teenagers are changing, and it’s hard for them to be so open about things when they’re worried of being punished by their parents.

Like many of the teachers I interviewed, what’s possibly best for your child is to stop thinking that taking away what makes them happy will solve the issue. It may make everything worse. Sit down and help them. Allow them to understand what they can do to fix their failing grade and become a better student. Showing your child a level of compassion and just letting them know you’re willing to listen to why they’re struggling could be better than any tutor they’ll ever have.

So as the semester exams approach, and as midterms come around, everyone should be making goals. However, regardless of what letter you see on that report card – an A or a C – try taking one step in the pool of understanding instead of jumping into the ocean of penalization.

Picture Five: BLOCKED; Out of Context

Note: Images listed may not be in the exact order in the article.