This month I interviewed one of my fellow classmates, Hunter White.  Hunter is number 77 on our eighth grade football team.  We asked him a few questions and here is what we got.  What position do you play Hunter? “I play lineman and defense.” How do you feel about this season so far? “I feel like we started off kinda slow but it’s gone pretty good these last few games.”  What is it like being on the football team? Hunter said that he thinks it is nice being on the football team because they are almost like a family to each other and they get to work together as a team. “Everybody works together to do different things. We are like a machine, we all work together to get a task done.” He also said, “Team work makes the dream work.” Our next question for Hunter was, “Do you think we are going to finish this season off good?”  Hunter responded with, “I think we are going to do really good this season even though we started off rough.  We just needed to get out of that summer routine.”  Next, we asked him if he had to pick any other position besides lineman and defense, what would they be? “Probably a wide receiver.” 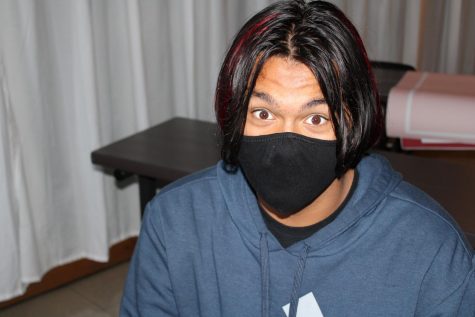 Life Outside of Football

In Hunter’s free time, aside from football, he loves to read, play guitar, hang out with friends, and play basketball.  His favorite book is Diary of a Wimpy Kid and he says he wants to try out for basketball even though he says he is not really that good.